Before Dan Brown began writing his provocative thriller The DaVinci Code, there was the stage play Agnes of God. Now this masterful piece of theatrical mysticism makes its way to EPAC’s Sharadin Bigler Theatre June 12-28. 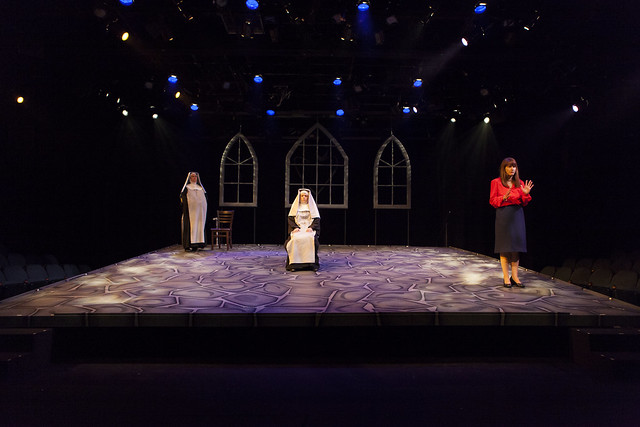 Both The DaVinci Code and Agnes of God explore the nature of God’s power on earth but it is Agnes, which is believed to be based on the real story of Sister Maureen Murphy that takes a more humanistic approach.

“Faith and science face a mystery in ‘Agnes of God'”

While a member of the Sisters of St. Joseph at the Our Lady of Lourdes convent in Brighton, New York, Sister Maureen Murphy was accused of murdering her newborn baby. Although she was found not guilty by Judge Hyman Maas, the controversy of her acquittal prompted author John Pielmeier to explore this material in Agnes of God.