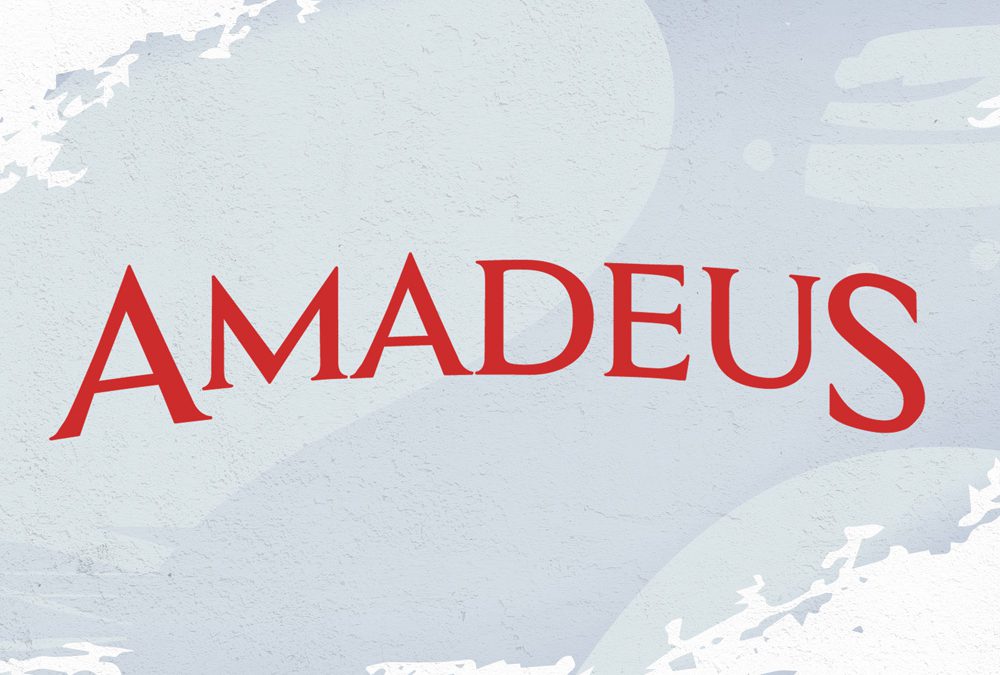 In 1781, Antonio Salieri finds himself in a position of fame and high esteem, composing music in the name of God, until he hears a name that will come to haunt him and his career – Wolfgang Amadeus Mozart. Mozart, a crude young man and the antithesis of high society, proves that his musical prowess is indeed as mythic as it is said to be, and Salieri must combat the possibility of dwindling notoriety. A story of faith, jealousy, genius, and revenge, Amadeus proves to be an exciting journey through one of music’s greatest rivalries.

In the court of the Austrian Emperor Joseph II, Antonio Salieri is the established composer. Enter the greatest musical genius of all time: Wolfgang Amadeus Mozart. Salieri has given himself to God so that he might realize his sole ambition, to be a great composer. Mozart is a foul-mouthed, graceless oaf who has that which is beyond Salieri’s envious grasp: Genius.

Sir Peter Shaffer, in full, Sir Peter Levin Shaffer (1926-2016), was a British playwright of considerable range who moved easily from farce to the portrayal of human anguish.

Educated at St. Paul’s and Trinity College, Cambridge, Shaffer first worked for a music publisher and then as a book reviewer. His first play, Five-Finger Exercise (1960), is a tautly constructed domestic drama that almost overnight established his reputation as a playwright. It was followed by The Private Ear, The Public Eye (both 1962), and The Royal Hunt of the Sun (1964), a portrayal of the conflict between the Spanish and the Inca – “hope and hopelessness, faithlessness and faith.” In 1965 Shaffer’s adroit farce Black Comedy was first performed. Equus (1973; filmed 1977), dealing with a mentally disturbed stableboy’s obsession with horses, and Amadeus (1979; filmed 1984), about the rivalry between Mozart and his fellow composer Antonio Salieri, were successes with both critics and the public. Later plays include the biblical epic Yonadab (1985), Lettice and Lovage (1987) and The Gift of the Gorgon (1992). Shaffer was knighted in 2001 and sadly passed away in 2016.