One Flew over the Cuckoo’s Nest

The Ephrata Performing Arts Center opens its 2014 Main Stage season with One Flew over the Cuckoo’s Nest March 20- April 5.

“…One Flew Over the Cuckoo’s Nest is a show that grips at the soul and provides ample introspective and though provoking themes.”

Dale Wasserman’s acclaimed stage adaptation of Ken Kesey’s best-selling novel is described by The New York Times as a “hilariously scarifying and powerful journey” that will not only make you laugh hysterically, but will surely tug at your heart strings.

Cuckoo’s Nest becomes an outlandish battle of the wills as McMurphy, played in the four-time Oscar-winning film version by Jack Nicholson, convinces his fellow patients to fight at his side against the many injustices they face. 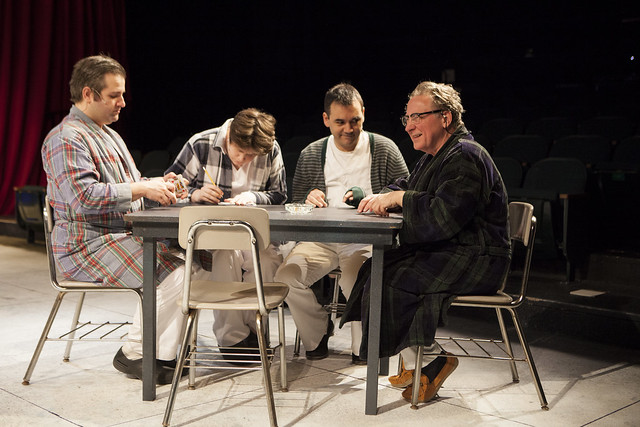 While continuously taunting the iron-fisted Nurse Ratched, this band of unlikely brothers uses card games, the World Series and an unsupervised deep sea fishing trip as tools to fight against their oppressors. Was it all worth it? You be the judge.

Remember that the one who marches out of step may simply hear a different drum.